This past August, a thousand or so entrepreneurs gathered in Berkeley, California to talk about making the world a better place. They represented the usual suspects you’d find at a Bay Area conference – data wonks, business strategists, venture capitalists, and blue-sky creative types. They shared Silicon Valley’s obsession with big ideas powered by data and evidence. But instead of hacking taxi rides or Internet searches, these entrepreneurs were hacking giving.

The Effective Altruism (EA) Global Conference, and the growing movement behind it, is based on a simple but revolutionary idea: that the wealthy have a moral imperative not only to give, but to give in the most effective way possible.

EA’s basic moral sensibility is captured in a thought experiment known as the “drowning child,” originally conceived by the philosopher Peter Singer. Imagine you’re driving to work and see a child drowning in a pond. No one else is around, and if you don’t intervene the child will die. You can save the child, but you will ruin your work shoes and your suit will get dirty. Should you help?

Most of us would agree that the morally correct answer is “yes”. A relatively small inconvenience to us is a small price to pay for a human life. By contributing to the world’s most effective charities, we can all make a significant impact. While the actual cost to save a life is somewhat greater than a pair of shoes, but it is still amazingly low relative to the billions that philanthropies disburse every year. For example, the cost to save a life via a donation to the Against Malaria Foundation (AMF) has been estimated at $3,500[1], or about 6% the median annual income in the United States in 2015[2].

This moral truth sometimes leads to uncomfortable conclusions that challenge traditional ways of doing philanthropy. One of the most radical concepts within EA is known as “cause prioritization.” This means stepping back to take a high-level view of various causes and prioritizing those which are the most impactful in improving lives. Cause prioritization challenges philanthropies to evaluate whether their giving dollars could better be spent elsewhere.

I’m reminded of this every time I visit the Vilar Center, a fine-arts amphitheater in the ski town of Vail, Colorado, not far from my home. I takes its name from Alberto Vilar, who pledged $150 million to opera centers around the world. While there is certainly cultural value in promoting fine arts, the actual beneficiaries are disproportionately a slice of the wealthy. The value of all those pledges could save over 42,000 lives if contributed to a charity like AMF.

EA challenges other traditional approaches to philanthropy too. For example, the typical way to evaluate charities’ efficiency is its ratio of administrative to programmatic costs. But this does not meaningfully capture a program’s impact relative to its expenditures, because what really matter in terms of improving lives are outcomes, not internal processes. You’d never base your decision to purchase, say, an iPhone on Apples’ internal budget allocations. Instead, you’d compare the quality and cost of the final product to those of its competitors. The same principle should hold true of charities – the only difference is that the “product” is to change lives.

America’s entrepreneur-friendly economic system has helped drive innovations that have improved the standard of living of at home around the world. But these innovations did not happen in a vacuum. The founders of these companies who invested in them gained wealth due to hard work, to be sure, but they were also the beneficiaries of educational opportunities and of the scientific and social systems built by those before them.

With extraordinary wealth, therefore, comes extraordinary responsibility. In the words of Warren Buffet, “if you’re in the luckiest 1 percent of humanity, you owe it to the rest of humanity to think about the other 99 percent[3].” And as wealth becomes increasingly concentrated among the few,[4] the moral responsibility of the rich to give back is amplified.

Fortunately, many ideas associated with effective altruism have begun to take hold among the wealthy. 154 billionaires have taken the “Giving Pledge[5],” a promise to give away the majority of their income. The most powerful aspect of the Giving Pledge movement is to build pressure among the wealthy to take philanthropy seriously. Devoting most of one’s wealth to helping others is no longer just a nice idea; it’s a social expectation.

EA takes the moral imperative of the Giving Pledge a step further. It says that just giving more is not enough. It also places a moral value on giving effectively.

Many philanthropists have adopted this principle explicitly. Bill Gates describes the animating principle of the Gates Foundation as “all lives have equal value.” He became passionate about effective giving when he discovered that philanthropy-as-usual was failing to address massive problems that were easily preventable, such as deaths caused by rotavirus. Facebook co-founder Dustin Moskovitz and his wife, Cari Tuna, have taken the idea even further through their charity Good Ventures, which is explicitly focused on maximizing the impact of charity money in terms of lives saved.

Limitations of the Effective Altruism movement

Like any innovative social movement, EA has limitations. Because it requires standardized outcome data, it tends to favor simple, easily measured interventions over systemic change: bed nets over political reform. It is not a cure-all for deeply entrenched social and political issues like terrorism or climate change.

It also tends to favor investing in programs in developing nations, where dollars go further and need is greater. It is thus subject to the argument that foreign aid may, in fact, cause more harm than good. For example, greater aid spending seems to be associated with less growth in developing nations, perhaps because outside money weakens accountability among governments to provide basic services.[6]

While this is a valid criticism of foreign aid, writ large, the types of global health programs recommended by EA provide essential, life-saving functions that most of us in the developed world take for granted. If a government is not able to provide even these basic services, it has already demonstrated that it is unable to respond to the needs of its populace.

Moreover, isolationism does not comport with our basic moral intuition about helping others. For example, imagine you’re an American travelling through a developing country that lacks basic oversight over health and safety. You see a child about to unwittingly drink water from a faucet you know to be contaminated. You can direct her instead to drink from the clean faucet right next to it. Would you help the child, thereby becoming an agent of foreign intervention? Or would you let her become sick in order to incentivize the government to be more responsive to its people? The morally just answer seems to be to intervene.

This is not to say that we do not have a responsibility to help people in our own communities in addition to those across the planet. If we want to build our own vibrant society, we must ensure that our neighbors have the same opportunities we do. Even though domestic charitable programs may not equal global health interventions in terms of lives saved per dollar, they are still important, and the principles of EA still apply. If we choose to help the homeless in our community, for example, we ought to do so in the most effective way possible and apply rigorous evaluation techniques to our work.

In the end, the point of EA isn’t to make final determinations about the single “best” way to give. It’s simply to raise the question, and to challenge our thinking about the relative value of different lives – and the value of evidence in understanding how to best use our money to do the most good. 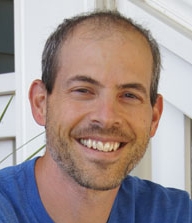